With the recent buzz of Google Glass, one can’t help but wonder how these glasses are going to impact the eyes of those who use Glass. Google has warned of potential eye strain, headaches, and have banned children under the age of 13 from wearing them for fear of permanently damaging their eyesight. Google also suggests to those who have had LASIK surgery to consult their ophthalmologist regarding the possible risks of eye damage from Glass. The reason for such precautions is because of the innovative way that Glass works.

The voice-driven interface works by beaming information into your retina using a prism. According to an article published by NBC News in May 2013, Dr. James Salz, a clinical spokesperson for the American Academy of Ophthalmology, wearing Glass is similar to reading a small print book. There is no evidence that this will cause permanent damage to your eyes. However, like other technology, Glass is believed to lead to eye dryness.

Eye dryness can be traced to the prolonged exposure to a small image as well as the decreasing blinking rate that occurs when looking at a screen (which can include any sort of technology: TV, computer, glass, etc). After a substantial period of time, eyes may feel dry and irritated, but this will not cause any permanent harm. In addition to eye dryness, other potential eye-related issues may arise.

Eye fatigue and visual confusion are additional problems which may be associated with Glass. Visual confusion is the perception of two different images superimposed onto the same space. This is likely caused by the projection being in front of one eye instead of two. The research of Dr. Eli Peli, a professor of ophthalmology at Harvard Medical School said that the chance of visual confusion is very slim. The eye discomfort that can be caused is due to the unaccustomed act of looking up constantly at the screen. The eye is not trained to look up at something, rather straight at something, causing the discomfort to the eye.

Although there are a few concerns with Google Glass, they are just going to take a bit of getting used to like most new technology. It will definitely take time for your eyes to adjust and grow accustomed to this new technology. 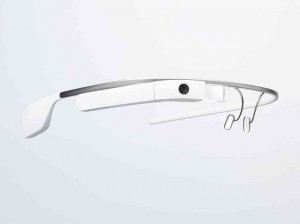